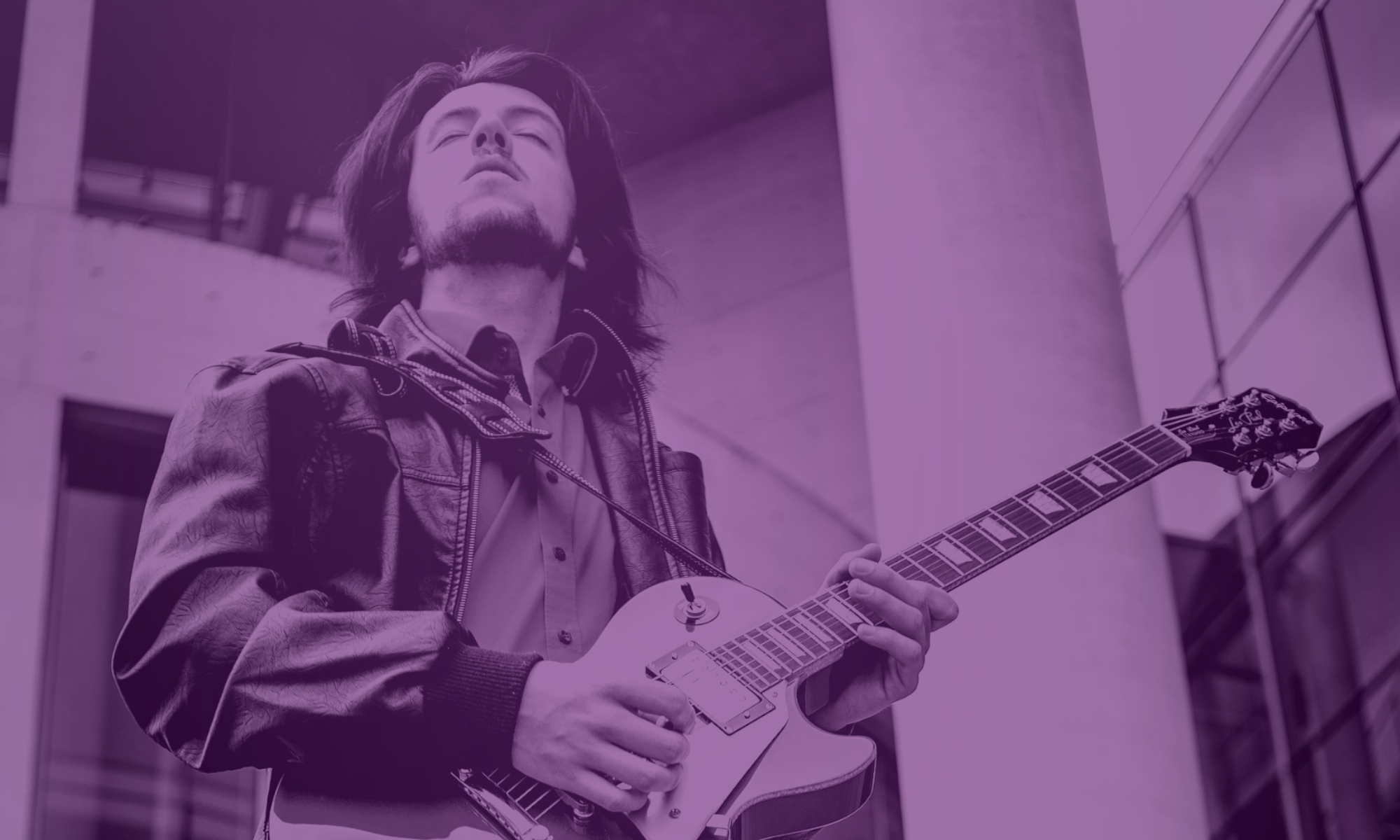 After Aaron Levin Harder played his last concert in October 2018, he took almost a half-year off in Chile from late-2018 to early-2019, and left music on the side to make new experiences and find new motiviation in life, and to escape from his infinite emotional hole in Berlin. After he spent a relieving and revitalizing time in Chile, eventually found the love he was always looking for and therefore new motiviation and happiness, he returned to Germany with a concert that immediately followed 4 days after his arrival in Berlin. He used the name “Aaron Levin Harder” on the announcement of the concert for the last time, premiered his newest songs he wrote during his time in Chile, presented his new style and sound in an all-acoustic set, paid tribute to his favorite musician Prince on the anniversary of his passing, and shared the story of his life-changing stay in Chile. With new energy, new motivation, and a new mindset, ALH re-launched his previously commenced project Purple Eterntity Records, and finally worked on new material experimenting with an entirely new approach to music, discovering and diving into various genres. To secure his previously created work as “Aaron Levin Harder”, he commenced the final end-production of his entirely unreleased catalogue under that name, and re-worked all his formerly planned projects for a final release to share his thoughts, feelings, and emotions from that era of his life that he could finally leave behind, and commemorated the parting from with the change of his stage-name to ALH, an abbreviation for “Abundance”, “Love” and “Harmony”. ALH relaunched Purple Eternity Records in mid-2019 and published his first releases in late-2019, before also starting to release his previous work under his birth name shortly after. Starting ALH Music, a production and publishing division of Purple Eternity Records, he began to work with Berlin-based Jazzrock band Big Shit Posse in late-2020, and was heavily involded in the creation of their first two albums, while also working on his own first album-project.

“Music is everything, everything is music. There is nothing that cannot be expressed, interpreted, or translated to music. Music makes us move, makes us think, makes us feel. We are music.”